There’s a small, isolated western homestead looking out over the harsh wilderness. A lone figure appears in the distance, and slowly makes his weary way towards the house. As he does so, the inhabitants watch his advance warily; does this figure represent hope or danger? While that may sound a whole lot like the opening of 1953’s Shane, it is actually from the same year’s Hondo.

The stranger who appears from the desert turns out to be Hondo Lane (John Wayne), part Indian and a former scout for General Crook’s cavalry. He tells the homesteaders, Mrs. Lowe (Geraldine Page) and her boy Johnny (Lee Aaker), that he  lost his horse a few days before while running from Apaches. He plans to buy a replacement and be on his way, but when he sees that the man of the house is absent, and Mrs. Lowe’s story about his being away in the hills for the day is patently a lie, he tries to make himself useful chopping wood and shoeing horses. He also happens to be carrying dispatches to the effect that the Apache under Vittorio (Michael Pate) are gearing up for war, and tries to impress upon the woman the dangers ahead and the necessity to move out. However, his appeals fall on deaf ears and, being a man who believes in letting people follow their own judgement, he takes his leave the following day. But something about the courage and character of the woman has impressed this fiercely independent man and you know that it’ll only be a matter of time before he returns. Soon after, the farm is visited by Vittorio’s war party, and the Apache chief is so impressed by the grit of little Johnny that he takes a special interest in him. Like Hondo, he feels the woman has no business raising the boy on her own and hands her an ultimatum that unless her man returns by the next rains she must become the squaw of one of his warriors.

By the early 50s, westerns had begun to portray Indians as more than just faceless bogeymen. Broken Arrow and Devil’s Doorway (both 1950) are generally credited with starting this trend, though you could argue that John Ford had already made moves in that direction a few years earlier with Fort Apache. Although Hondo is certainly no revisionist western it does show the Apache as two dimensional people. The film doesn’t shy away from their brutality with plenty of references to massacres and scalpings, and a scene where the captured Wayne is tortured with burning coals. Nevertheless, Vittorio is shown to be a man of honour who respects guts and, above all, honesty. This essential honesty of the Apache is juxtaposed with the whites’ tendency to be less than truthful in their dealings with friend and foe alike. In fact the issue of truth and lies runs all through the picture, with Wayne’s Hondo emphasising its importance again and again. Of course by the end of the film Vittorio is dead, and the last scene brings home how futile the Apache’s struggle would ultimately be as Wayne laments the passing of their way of life.

Hondo Lane is one of Duke’s better roles; he starts out as a man alone who values integrity and self reliance more than anything. Little by little we learn bits and pieces about him and how he came to this point in his life. There’s a nice scene where he talks about his dead wife, an Apache woman, and tries to express in English exactly what her name meant. It’s a simple little scene but Wayne manages to get across not so much the loss his character felt at her passing, but the wonderful memories that he was left with – memories that might be evoked just by the act of saying her name. Although it’s never directly stated, the inference is that his aloof manner is the result of his grief, and it’s only when he sees something of his late wife in Mrs. Lowe that the cracks begin to appear in his armour. There’s no schmaltz in the scenes with Gerladine Page and Lee Aaken, instead there seems to be a real chemistry. Page was nominated for a best supporting actress Oscar for her role as the abandoned wife and her performance justifies that; there’s nothing whiny or hysterical about her, just a kind of quiet acceptance. She wasn’t the most striking woman you’ll ever see but I think that’s as it should be for a character who has been dealt a fairly lousy hand of cards by fate and must play them as best she can. The other notable performance is that of Michael Pate. His Vittorio, as I said above, is more complex than many of the stereotypical Indian characters of the time. This is a man who boasts proudly of the number of white men he’s killed yet is human enough to feel protective towards a boy without a father. Hondo was shot in 3D and this obviously influenced the way John Farrow directed the picture. Action and fight scenes in particular are used to highlight the process, with guns fired directly at the screen and arrows and knives thrust dramatically in your face. (I suppose it should be mentioned that a few bits and pieces during the climax were actually shot by John Ford.)

The DVD from Paramount is presented flat in full screen, although I understand it was intended to be projected in 1.85:1 widescreen. It looks then like the transfer is an open matte one as I couldn’t detect any noticeable cropping at the sides. Generally, the image is a very strong and colorful one with only a few shots, especially near the end, looking a bit ragged. The disc is packed with extras: a commentary, a number of featurettes etc. This was one of the Batjac titles which the Wayne estate had kept out of circulation for years, and so the reputation of the film may have suffered a bit. I think it’s a great movie and would rank it as one of Wayne’s best, right alongside his work with Ford and Hawks. 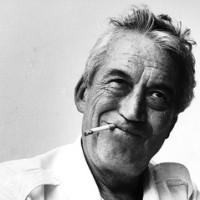 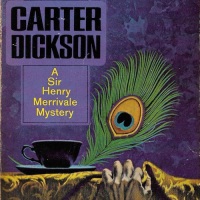 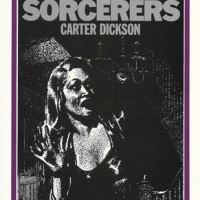 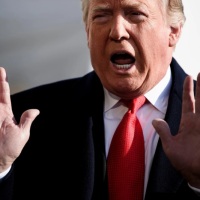 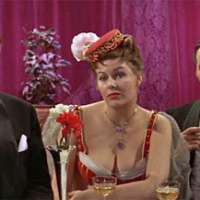